On the hunt for the Super Blood Wolf Moon

On the hunt for the Super Blood Wolf Moon We were still in the first weeks of the new year, and yet there was already an exciting photographic occasion: the super blood wolf moon. Such dramatic name stands for a supermoon that happens at the same time of a lunar eclipse. Something that’s really rare: consider the next eclipse will be only visible in UK in almost 11 years!
If you’re about to google the date to pin it to your calendar, probably not worth the effort as it’s going to be in December so clouds are almost certain. But it’s the 20th of December 2029, just in case 😉

What’s with the name?

I appreciate this sounds very much like a Hollywood film, and likely not a blockbuster. Super Blood Wolf Moon is actually a combination of a couple definitions. A supermoon is one that occurs when a full/new moon happen when it’s at its closest to Earth; the Wolf Moon is January’s full moon; and the Blood Moon is the total lunar eclipse, which turns red when the sun doesn’t hit it directly.
I will give you more details in a future post, if you’re interested.

This was one major event, so I was getting prepared ahead of time. I don’t own a long zoom lens because I wouldn’t use it extensively enough in my photography, therefore I decided to hire one.
To get a good shot at photographing the moon (pun intended), I needed at least a 400mm lens. Therefore the Fujifilm XF100-400mm F4.5-5.6 R LM OIS WR was the one I went for.

Then I added a XF 2x WR teleconverter to double the reach. Considering the Fujifilm X-T2 is a crop sensor and not a full frame camera, this gave me the equivalent of a 300-1200mm lens. Massive!
The downside of using a teleconverter is that you then decrease the amount of light you let through. In this case it transformed the aperture to a F8-11. And this meant I had to rely on bumping the ISO since I couldn’t shoot long exposures of something as fast as the moon. But that was easily doable with the Fujifilm X-T2.

For the location, I decided to go with the obvious choice of Waterloo Bridge for the moonrise. Then move East, around Greenwich, to follow the super wolf blood moon path the whole night.

Even though I was well prepared, I arrived slightly late to my first location. I could already see the moon peaking above the horizon, and it was huge! I rushed to get my tripod out and set all the gear, and I shot a spectacular moonrise over St. Paul’s Cathedral.

I felt utterly blessed to be able to see such phenomenon, regardless of the pictures. And for this to happen with such a clear sky in the middle of January! Incredible.

The moon was rising fast so I only kept shooting for another 20 minutes or so before it was too high in the sky. Then I went to sleep in preparation for a night out following all the phases of the eclipse.

Big (big!) flask of coffee, hand warmers, all my gear… checked, checked and checked. It was almost 1:00am when I left home to take the night bus to my location of choice.
I didn’t know what to expect, whether the spot could be packed with photographers or people with telescopes. I knew I wanted to get there early to secure a good spot, as I learned how paramount that was when in Hawaii. But when I got there I was completely alone. And nobody else arrived until 3:00am when my friend Martyn joined me (thanks for the chocolate, by the way).

The moon travels fast so I had to constantly adjust the camera position to follow it. I had a gimbal head so it wasn’t hard to move around but at times I lost track of the moon, particularly when it was turning darker.
But I did manage to take quite a few shots.
This is what happened over 2 and a half hours, the whole of the Super Blood Wolf Moon in one shot:

This is quite something, isn’t it?
All of a sudden it’s all pitch black and I can only see what distant articial lights manage to brighten up. It’s about 4:40am and a few people are gathering where I am to see the eclipse. But together with the people came all the clouds. An extended blanket of clouds rapidly covered the whole sky and nobody could see anything anymore.

And so the moon never reappeared, at least looking at the sky from our location. Thank you, London weather!

But I can’t complain, really. I was there to witness a beautiful phenomenon and I managed to capture all the phases on camera. Even surpassing my expectations, considering it was the first time I was attempting such shots and through a lens I had never used before.

And so it was time to leave.
Although I couldn’t go home to sleep yet, because only a couple hours later I was about to have a meetup with Alen Palander and a few other photographers.
But that’s another story…

There’s been a couple more attempts at Supermoons that you can find in this blog, here and here.
But perhaps more interestingly, Pearl Jam are now releasing a new song called Superblood Wolfmoon! I know, right? Exciting!
Here’s the announcement: https://www.instagram.com/p/B8fIugSFWoc/

More to come!
Disclosure: please know that some of the links in this blog are affiliate links and if you go through them to make a purchase I will earn a commission. Always keep in mind that I link these companies and their products because of their quality and not because of the commission I receive from your purchases.
The decision is yours, and whether or not you decide to buy something is completely up to you. Purchasing via these links will make no difference to the cost to you and sometimes you might even get a discount, but the commission I receive will help me maintain this blog.
Thank you!
astrophotography - moon - photography - supermoon 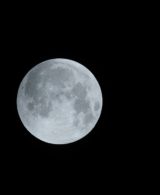