Astronomy calendar 2020. Back at hunting the Supermoon

Astronomy calendar 2020. Back at hunting the Supermoon 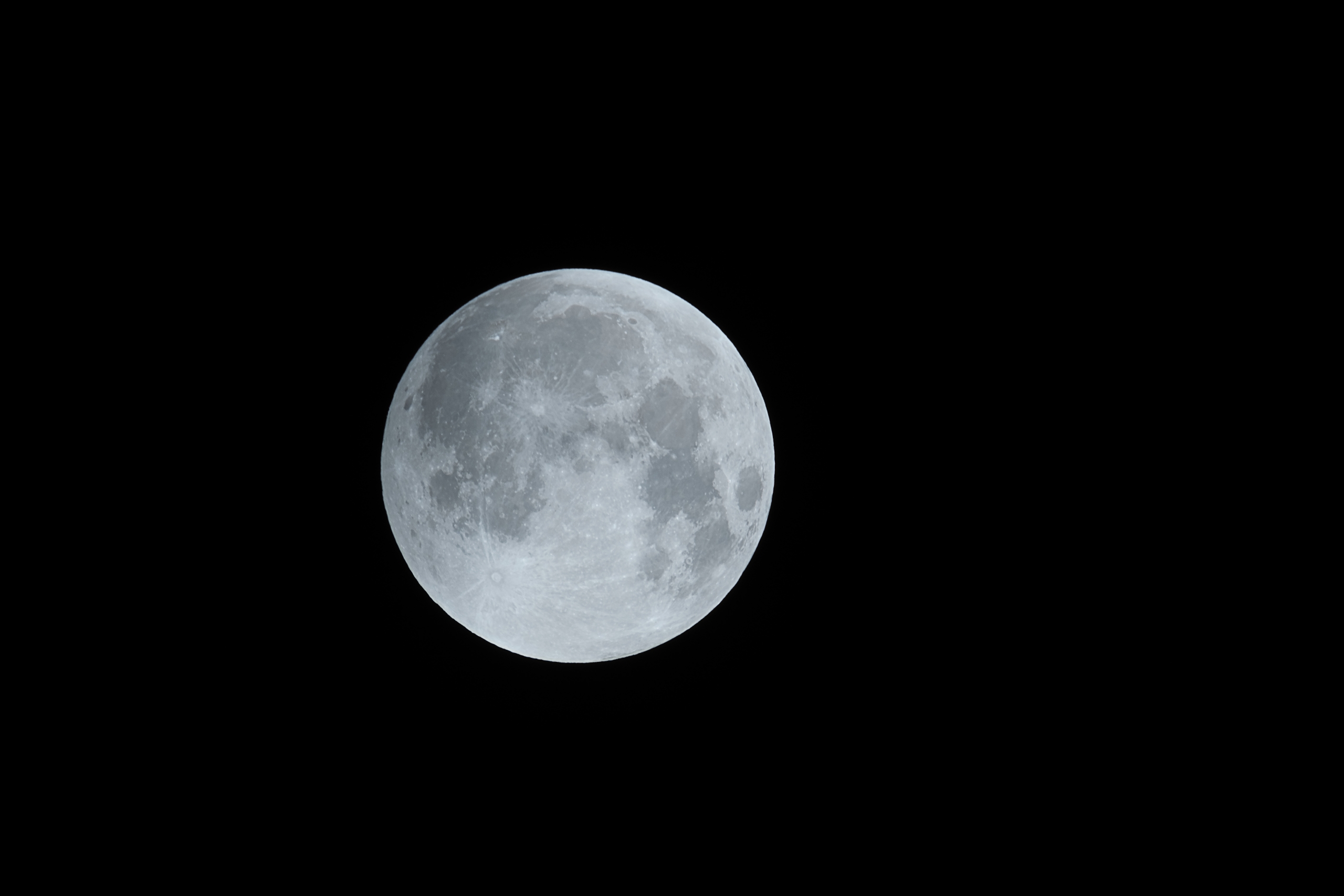 The Astronomy Calendar 2020 makes a lot of sense in this blog. You might remember from previous posts or Instagram Stories that I’m a bit obsessed with Sun and Moon. In fact, I already talked about my hunt for a Supermoon (and eclipse) here and here.

When it comes to sunrise and sunset, there’s a bit of luck involved because you can hardly know if the colours in the sky will turn how you want them. Of course I know and plan according to the sun position, but colours can be a bit of a gamble.

With Moon, stars and planets, it’s all about planning. And the strong hope that the weather will cooperate. Which in recent times, it hardly did.

It’s February now so a couple events are already in the past. But I’ll write down here everything that happens in the skies in 2020 (visible without a telescope). Some events might only be visible in specific parts of the planet so make sure you go where they happen!

10 January. Penumbral Lunar Eclipse.
This was visible in the Northern Hemisphere. It wasn’t something too exciting so of course the London sky was absolutely crystal clear…
For a few hours, one side of the Moon went slightly darker.
This is the photo I captured:

09 February. Supermoon, Snow Moon.
The first Supermoon of this year. I explained this in details in a previous post, but essentially a Supermoon happens when it is at its closest to Earth. And every full moon has a different name.
It was a day of strong winds (in fact storm Ciara was round the corner) so my footage was quite shaky and I had to stabilise it in Adobe Premiere. But I managed to capture the moonrise behind St. Paul’s Cathedral.

18 February. Moon, Mars, Saturn, Jupiter.
In the Northern latitudes of North America, you’ll be able to watch Mars disappear behind the crescent moon as the moon slides into place between Earth and the red planet.
From around the world, the three planets line up across the early morning sky, with Mars at top, and Saturn at bottom. The brightest, Jupiter will be between those two.

09 March. Supermoon, Worm Moon.
Again this month, the Moon will be close to Earth.

24 March. Venus.
Venus has been quite close to the Moon for some time now, but this will be the ideal time to view it since it will be at its highest point.

08 April. Supermoon, Pink Moon.
This will be the Supermoon that I most hope to capture in 2020. It will be the largest of the year, and in the past it made for some pretty spectacular shots:

22 April. Lyrids Shower.
Not the biggest meteors event but still pretty nice to see, with up to 20 meteors per hour.

07 May. Supermoon, Flower Moon and Eta Aquarids Shower.
Last chance to photograph a Supermoon in 2020.
The full moon will cause the Aquarids meteor shower to become almost invisible as the sky will be too bright. Unless you find yourself in one of those very dark locations, after Midnight…

04 June. Mercury.
Now it’s Mercury’s time to be at its highest in the sky. Should be visible right after sunset.

05 June. Penumbral Lunar Eclipse.
See the photo above in January. The Moon will darken slightly as it passes through Earth’s lighter shadow.

21 June. Annular Solar Eclipse.
I didn’t know this was a sort of regular event until last year. I saw some really spectacular photos so I want to travel to a country where this will happen (likely in the Middle East).

This is the month I will go out as much as possible to try to shoot the Milky Way galactic core. Last year, we only had 1 (one!) clear day in the whole month…

14 July. Jupiter.
This should be the best night to view Jupiter, which should be in the sky all night.

20 July. Saturn.
And the same goes for Saturn one week later. Maybe they’ll even be in the sky together between these two days? Or maybe it’s something for later in the year…

28 July. Delta Aquarids Shower.
The second quarter moon will block many of the fainter meteors this year. But if you are patient, you should still be able to catch a few of the brighter ones. Best viewing will be from a dark location after midnight. The shower runs for a month from mid-July but this will be the peak.

12-13 August. Perseids Shower.
This is the Summer appointment with the meteors. Apparently there can be up to 60 meteors per hour radiating from the constellation. Guess we need to be ready for long exposures 🙂

1 October. Harvest Moon.
Not much to mention in September, but October starts with this yellow/orange Moon low in the sky after sunset. This one should make for a good timelapse.

7 October. Draconids Shower.
The second quarter moon will ensure dark skies in the early evening for what should be a good show. Yay!

13 October. Mars.
Finally, it’s time for Mars to shine bright up in the sky all night.

21-22 October. Orionids Shower.
The Orionids is an average shower producing up to 20 meteors per hour at its peak. It is produced by dust grains left behind by comet Halley and runs for over a month. These 2 days should be the peak and the sky is expected to be dark enough to see the meteors clearly.

31 October. Blue Moon.
Yes! The Moon will be blue tonight!
Just kidding… The name Blue Moon is given to the second full moon happening in one month. It’s not too common, hence why we say “once in a blue moon” to tell something has little chance to happen.

4-5 November. Taurid Fireballs.
Keep your fingers crossed! In 2008 the Taurid meteor shower. normally modest, produced spectacular fireballs visible even in fairly bright moonlight. It’s rare, but it can happen. So…

30 November. Penumbral Lunar Eclipse.
And once again the full Moon will show a tiny dark side…

13-14 December. Geminids Shower.
This is even more eventful than the Perseids as up to 120 meteors per hour can appear in the sky. 120!!!

14 December. Total Solar Eclipse
This will only be visible in the Southern Pacific Ocean and parts of Chile and Argentina. But it’s going to be Summer down there so perhaps not a bad idea for a holiday… And I still don’t have a good solar eclipse shot…

21 December. Jupiter and Saturn
Yes. The Great Conjunction. Here it is.
The last one happened in 2000 so it’s pretty rare.

Some of the events I described here are also available in a downloadable calendar from the telescope manufacturer Celestron’s website. But of course I’d rather have you bookmark this page with my own Astronomy Calendar 2020 🙂

Hopefully, none of the above will be disrupted by Elon Musk’s satellite network…

More to come!
Disclosure: please know that some of the links in this blog are affiliate links and if you go through them to make a purchase I will earn a commission. Always keep in mind that I link these companies and their products because of their quality and not because of the commission I receive from your purchases.
The decision is yours, and whether or not you decide to buy something is completely up to you. Purchasing via these links will make no difference to the cost to you and sometimes you might even get a discount, but the commission I receive will help me maintain this blog.
Thank you!
astronomy - astrophotography - moon - supermoon 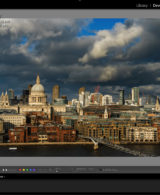 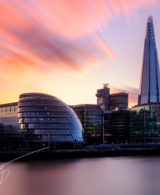 AirBnB Experiences will resume as soon as Covid-19 restrictions will be lifted
I offer you a unique photographic experience in London, thanks to AirBnB
Fancy street, cityscape and night? My itinerary covers it all and I will show you how to capture that perfect moment and make it Instagram-worthy.
My goal for you is to go past the traditional postcard and see the city in a different way.
The itinerary is conceived in a way to cover all genres in any weather and I'll share the exclusive view you only get from locals.

This website uses cookies to improve your experience while you navigate through the website. Out of these cookies, the cookies that are categorized as necessary are stored on your browser as they are essential for the working of basic functionalities of the website. We also use third-party cookies that help us analyze and understand how you use this website. These cookies will be stored in your browser only with your consent. You also have the option to opt-out of these cookies. But opting out of some of these cookies may have an effect on your browsing experience.
Necessary Always Enabled
Necessary cookies are absolutely essential for the website to function properly. This category only includes cookies that ensures basic functionalities and security features of the website. These cookies do not store any personal information.
Non-necessary
Any cookies that may not be particularly necessary for the website to function and is used specifically to collect user personal data via analytics, ads, other embedded contents are termed as non-necessary cookies. It is mandatory to procure user consent prior to running these cookies on your website.
SAVE & ACCEPT